We loved the new recipe posted by @another_food_blogger https://www.anotherfoodblogger.com/recipes/beef-ve.../ to go with our SUPER TROOPER Shiraz Cabernet, so we wanted to try it out with a few friends. Where better to do that than on a farm property around a campfire? 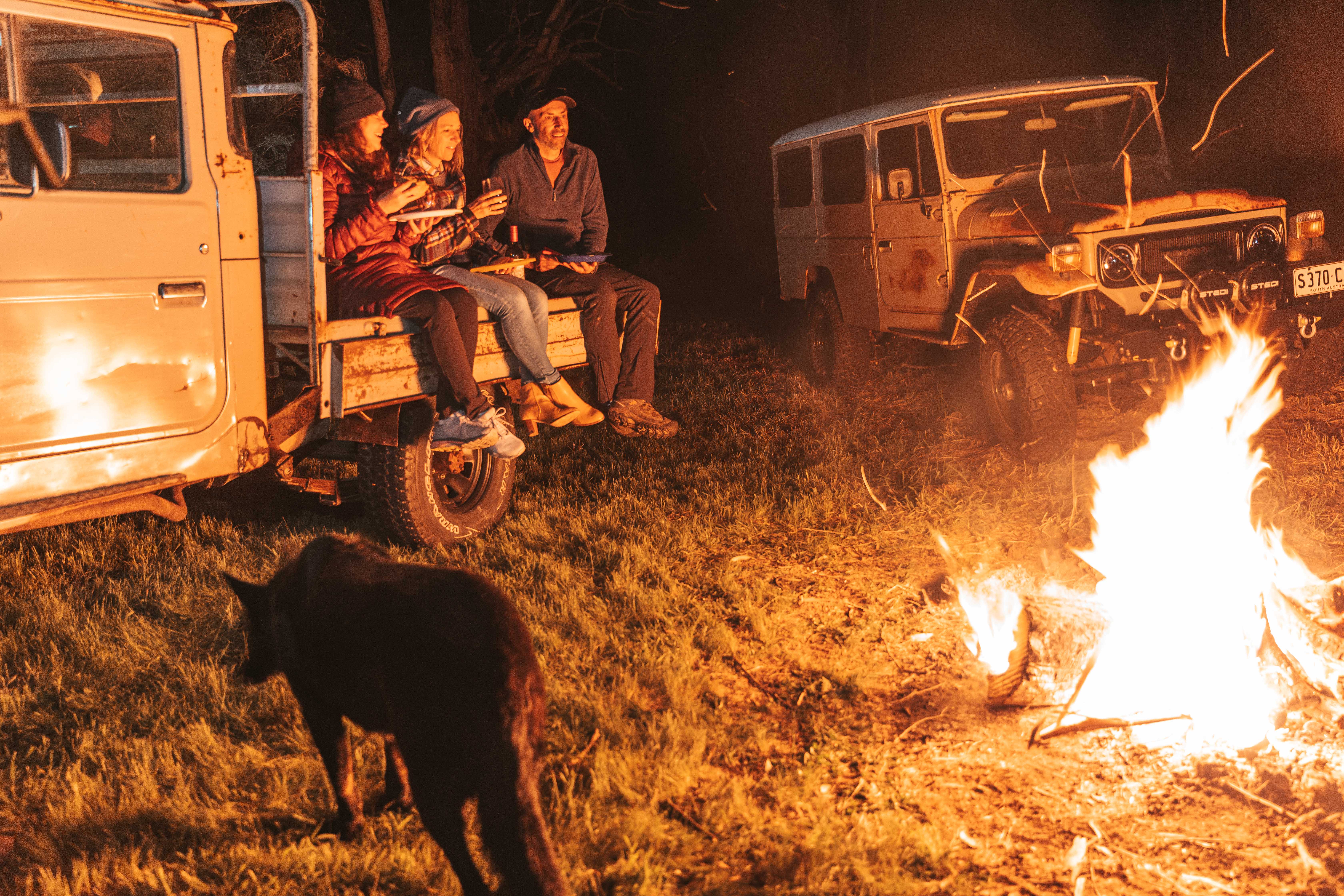 You know how it is, when you get excited about doing something and invite too many friends. One kilo of beef for twelve hungry people wasn’t going to cut it. So, we scaled it up and made three times the recipe. 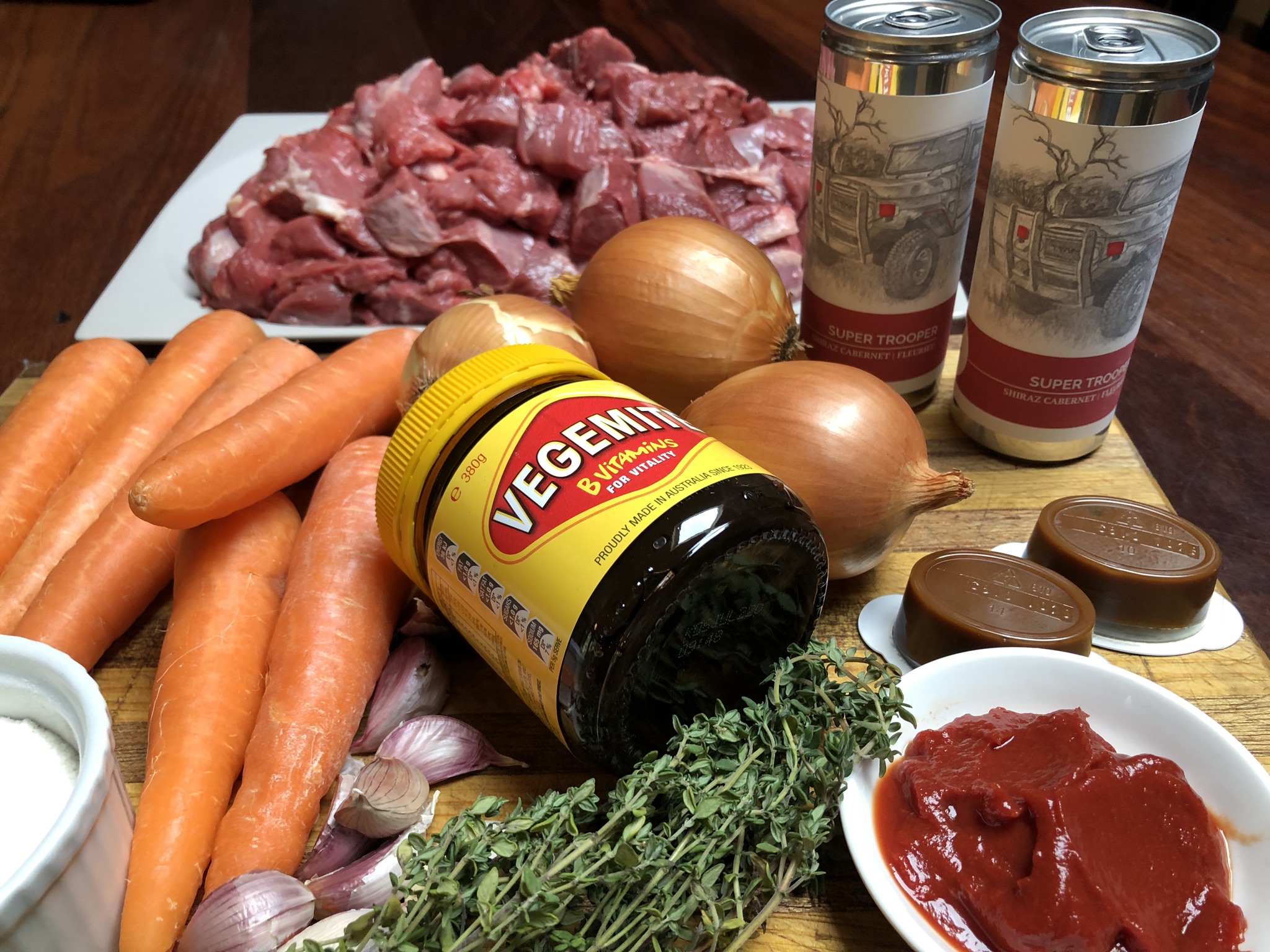 Main ingredients for three times the recipe: 3kg chuck beef, 6 carrots, 3 onions, 9 garlic cloves, 3tbs tomato paste, 6 tbs Vegemite, 6 tbs plain flour, oil for frying, 600ml beef stock, fresh thyme and 1.5 cups of red wine. [“Is that Zonte’s wine in a can?” I hear you say. It’s something we’re working on, but they’re not quite ready. Very handy for recipes when you need a cup of red wine!].

Note: it takes a lot longer to prepare all the ingredients when you have so much! 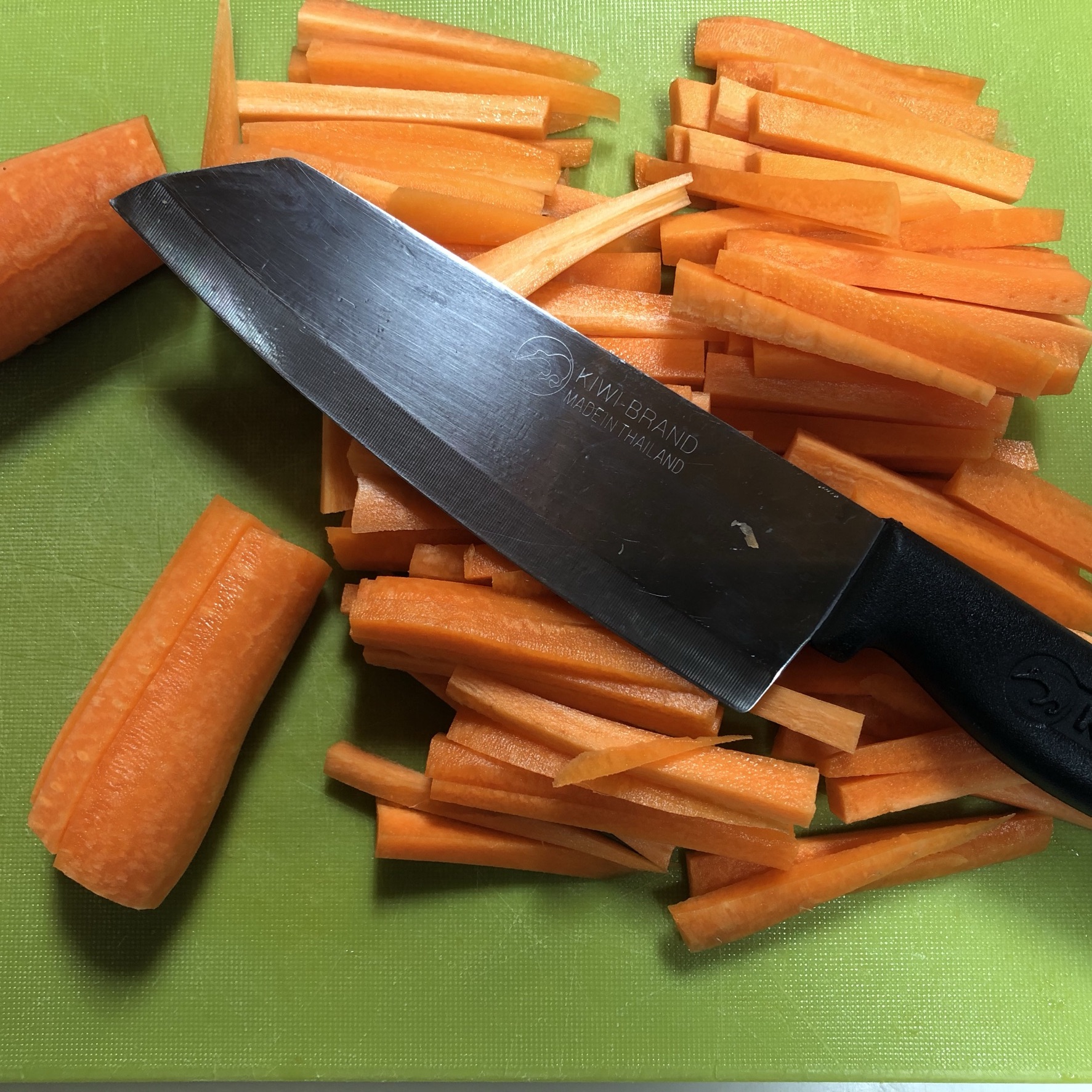 Chop up the ingredients 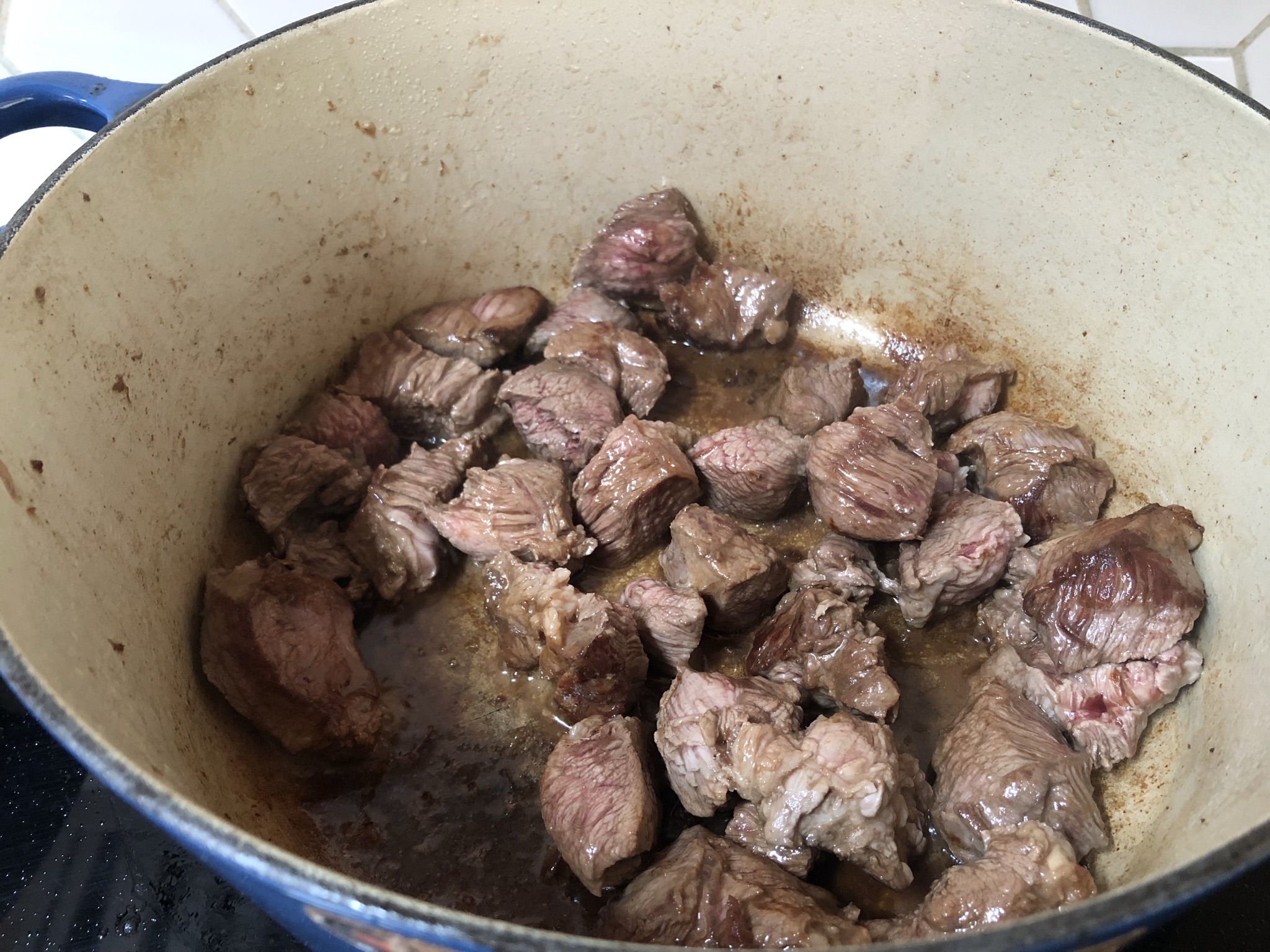 Brown the beef in batches 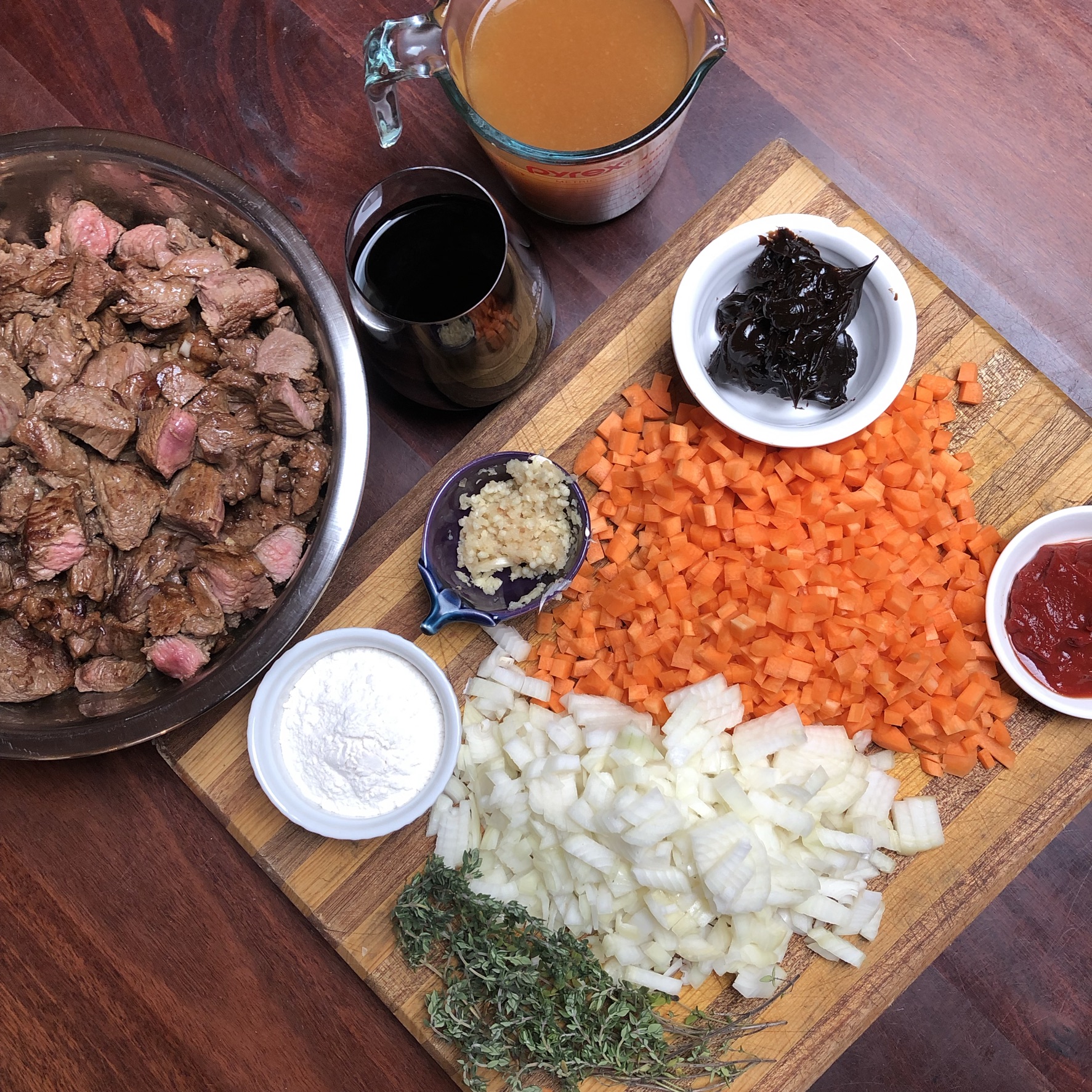 At last, you look ready!

That third step of the prep - putting it all on a board so you look organised like a TV chef - is surprisingly satisfying. (Luckily you can’t see the rest of the mess in our kitchen).

From this point, we could have cooked the pie filling in a camp oven if we were out bush. But we had a spacious kitchen and hadn’t even lit the campfire yet, so we made the filling indoors in a heavy-based French oven using all the mod cons including an induction stove and electric oven. 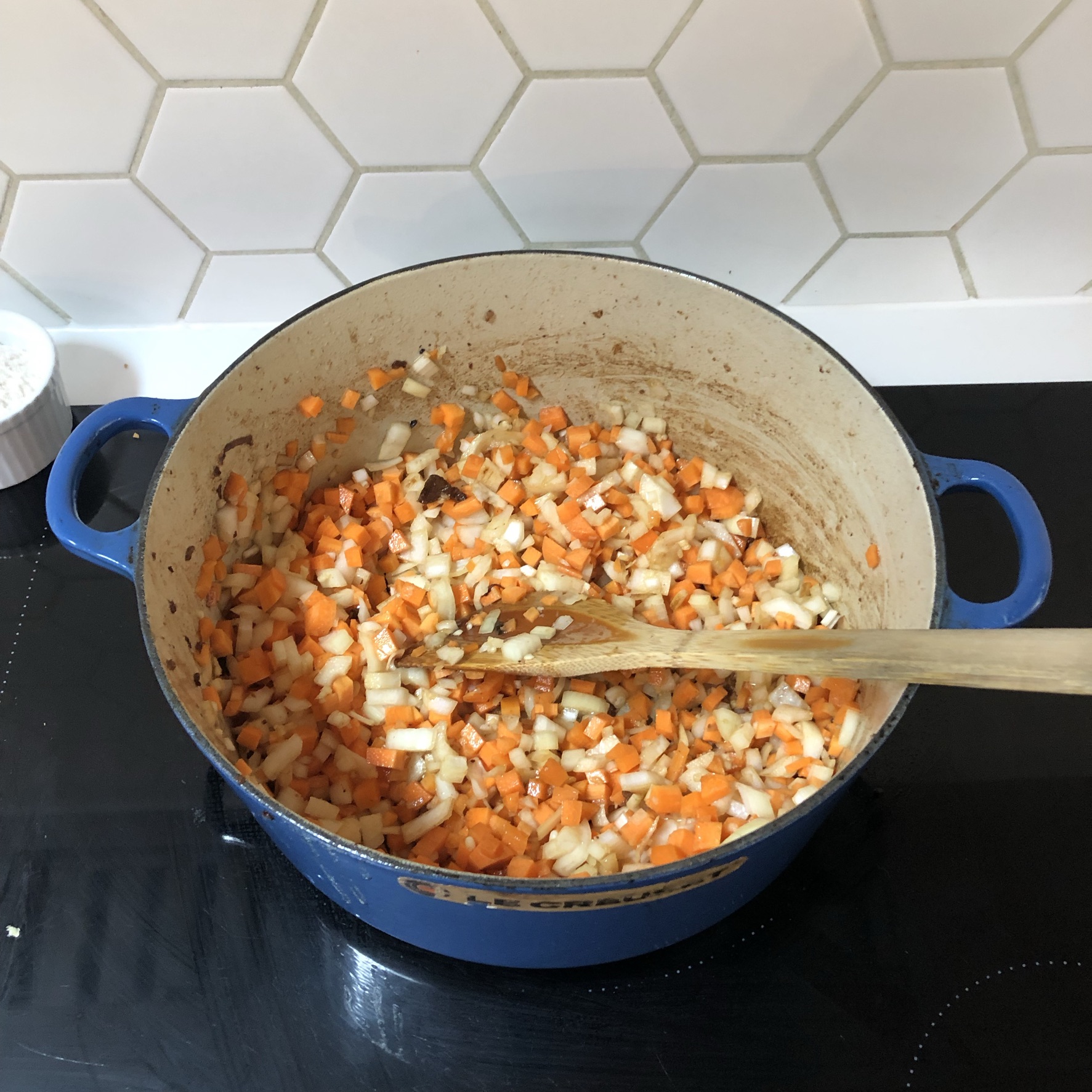 Fry onion, carrot and garlic on medium high heat for 4 minutes – bit longer than the original recipe for this quantity. 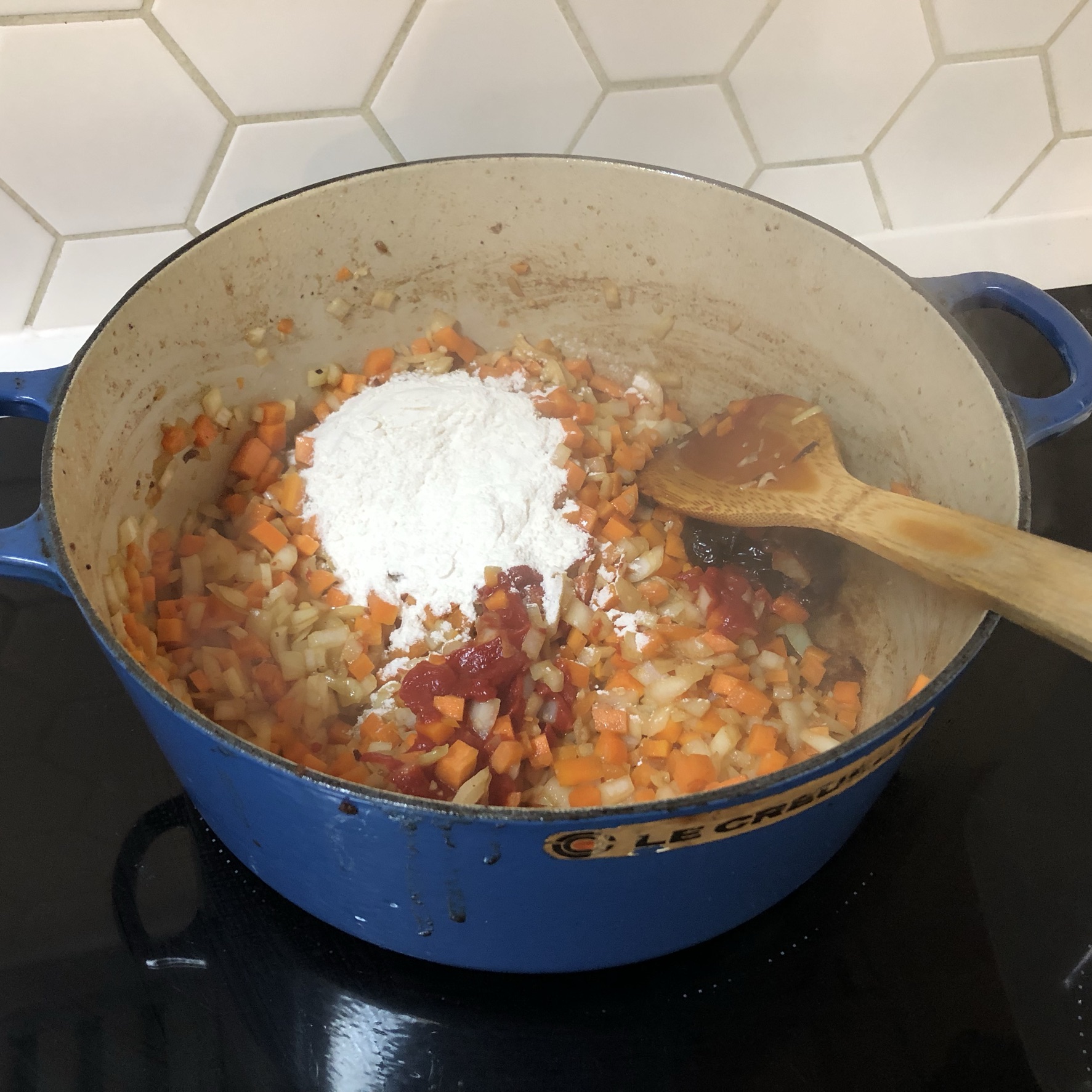 Add flour, tomato paste and stir through. It’s important you don’t let the flour get stuck and burn. 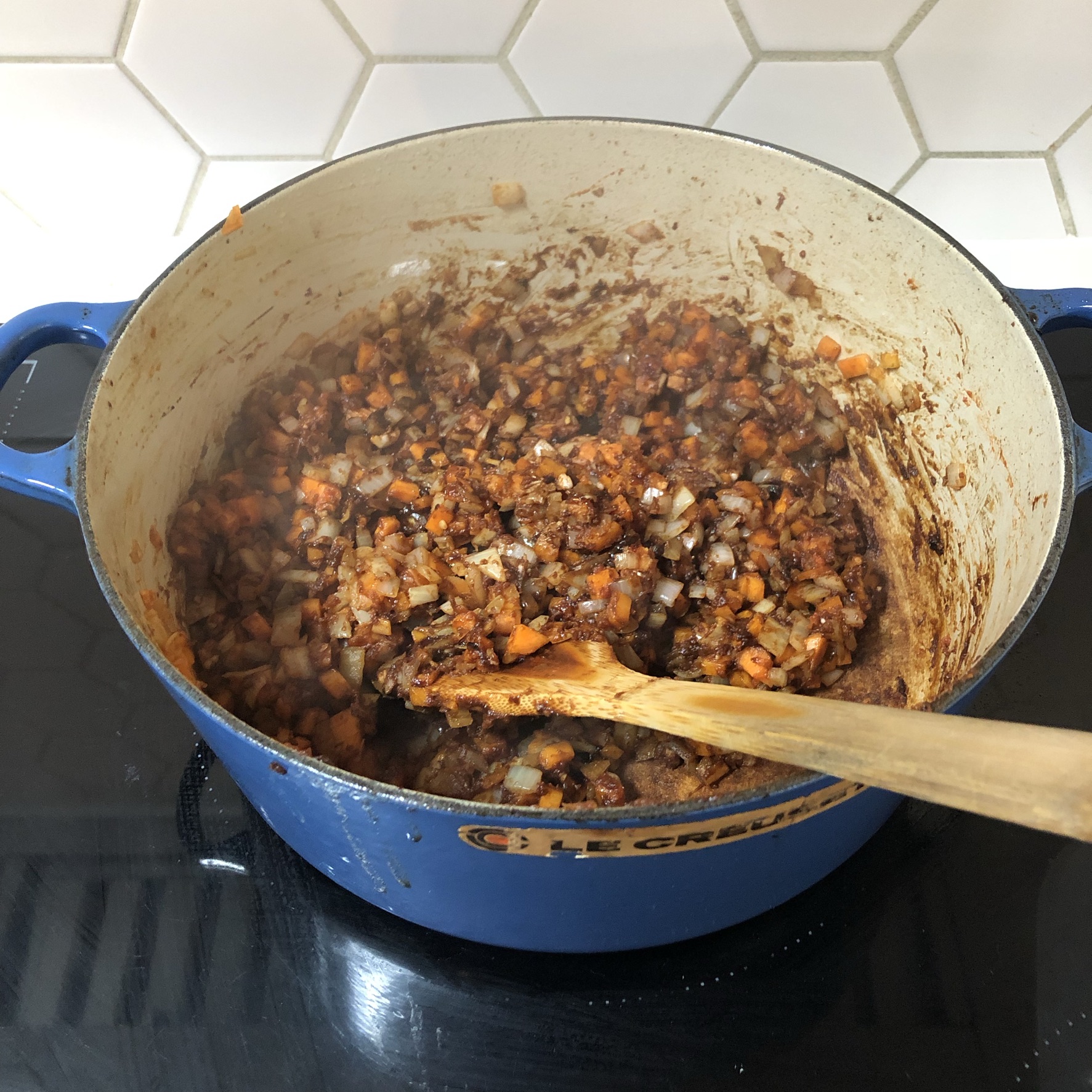 And then the hero ingredient of Vegemite and stir constantly for 1 minute. Now it looks like a thick brown mess!

We then added the red wine and beef stock to deglaze the pan in order to capture all those delicious savoury caramelised flavours into the sauce, before adding back the browned beef and 3 sprigs of fresh thyme.

The original recipe called for 600ml of beef stock. But there is water in all the fresh ingredients so you need to be careful not to add too much liquid. We used about 800ml for three times the recipe and even then, we had to let it reduce a bit later on the fire. We’d probably go for the original 600ml next time, and add more later if you need. We cooked the stew, covered, in a fan-forced oven at 160°C for about 2 hours until the beef was tender, then let it rest and cool. 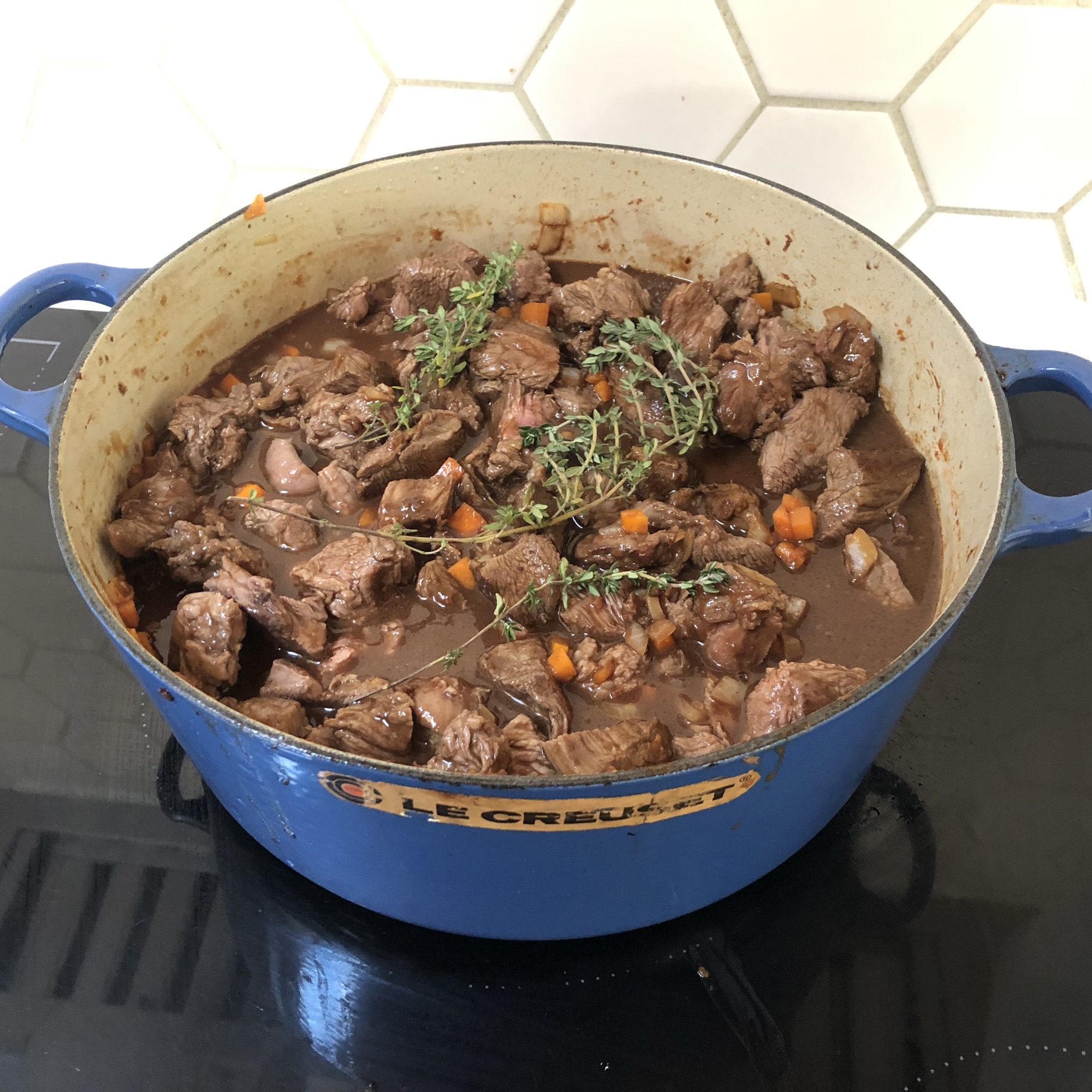 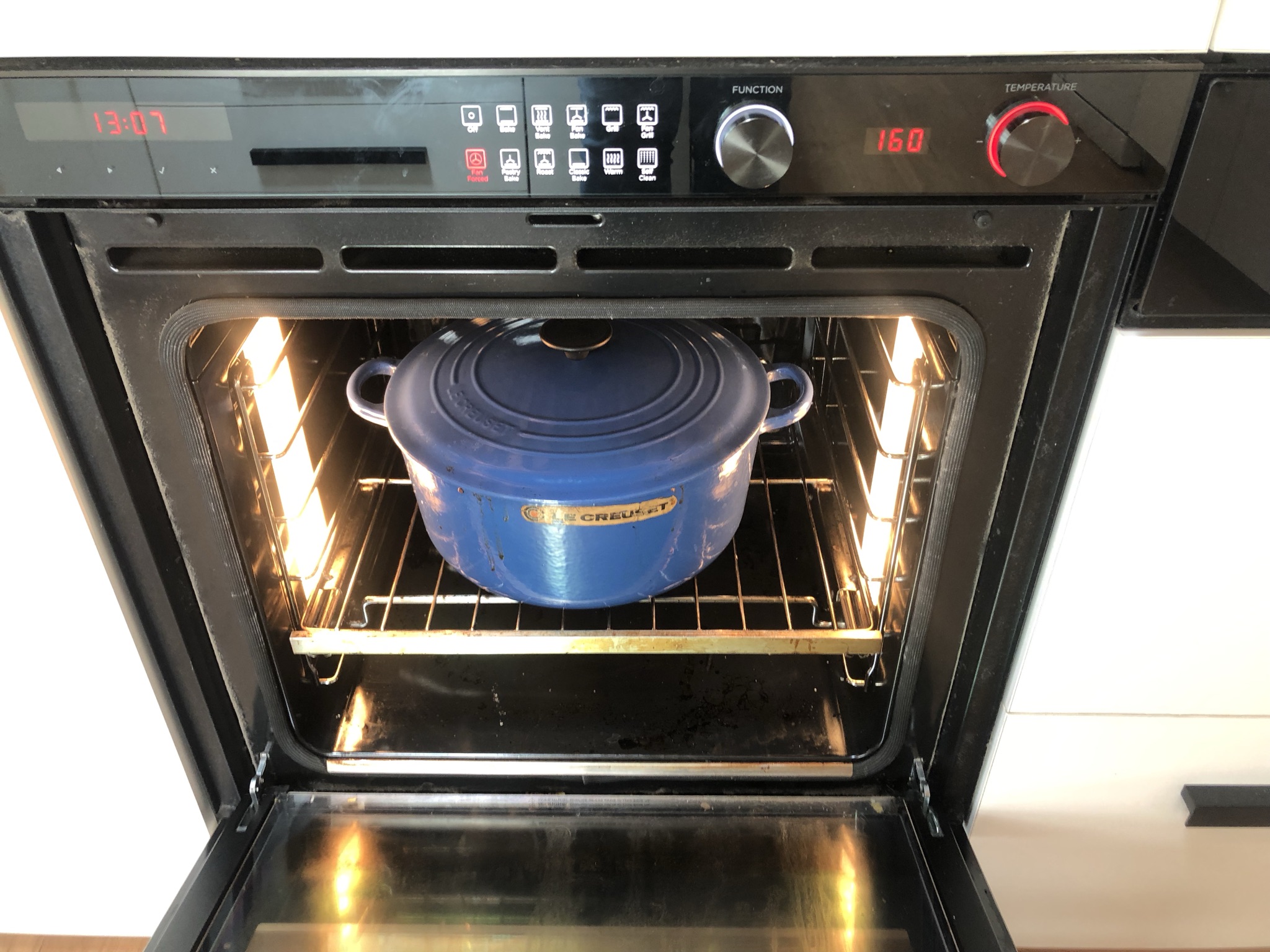 Meanwhile we headed outdoors, collected the wood and lit our campfire. It takes a couple of hours of enthusiastic burning of decent sized logs to get enough good coals for cooking. Luckily somecheese, bickies and glasses of Super Trooper Shiraz Cabernet kept the hunger at bay 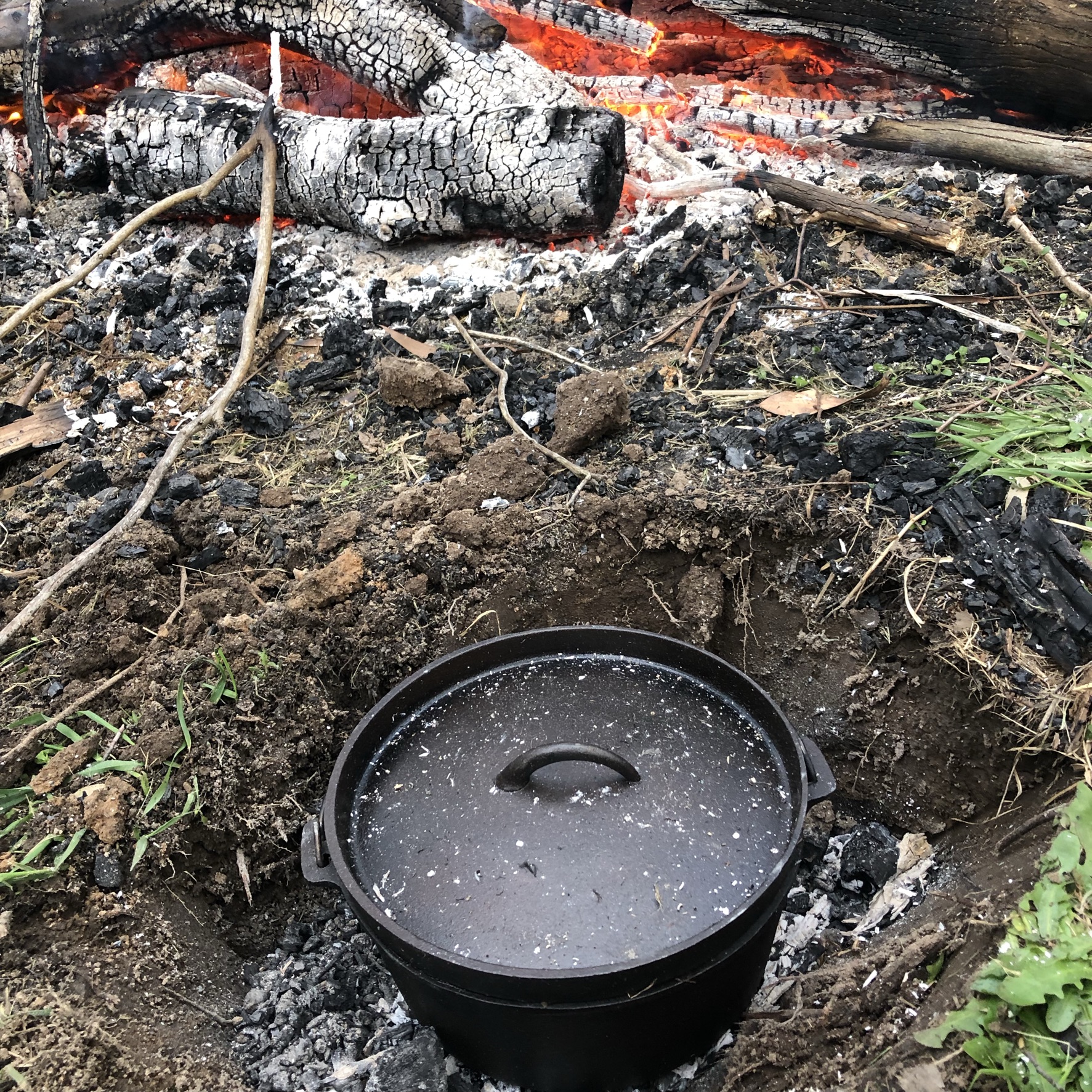 Once the coals were ready, we dug a hole about 15 cm deep and laid in a generous layer of hot coals in the bottom, on which we placed one of our camp ovens. We used that small camp oven to reheat the pie-filling. As mentioned earlier, the sauce was a bit runny for pie-making, so we removed a few cups of the liquid sauce and set it aside. We then mixed about ¼ cup of flour with 1 cup of the runny sauce and added it back to the boiling stew to thicken it up a bit. 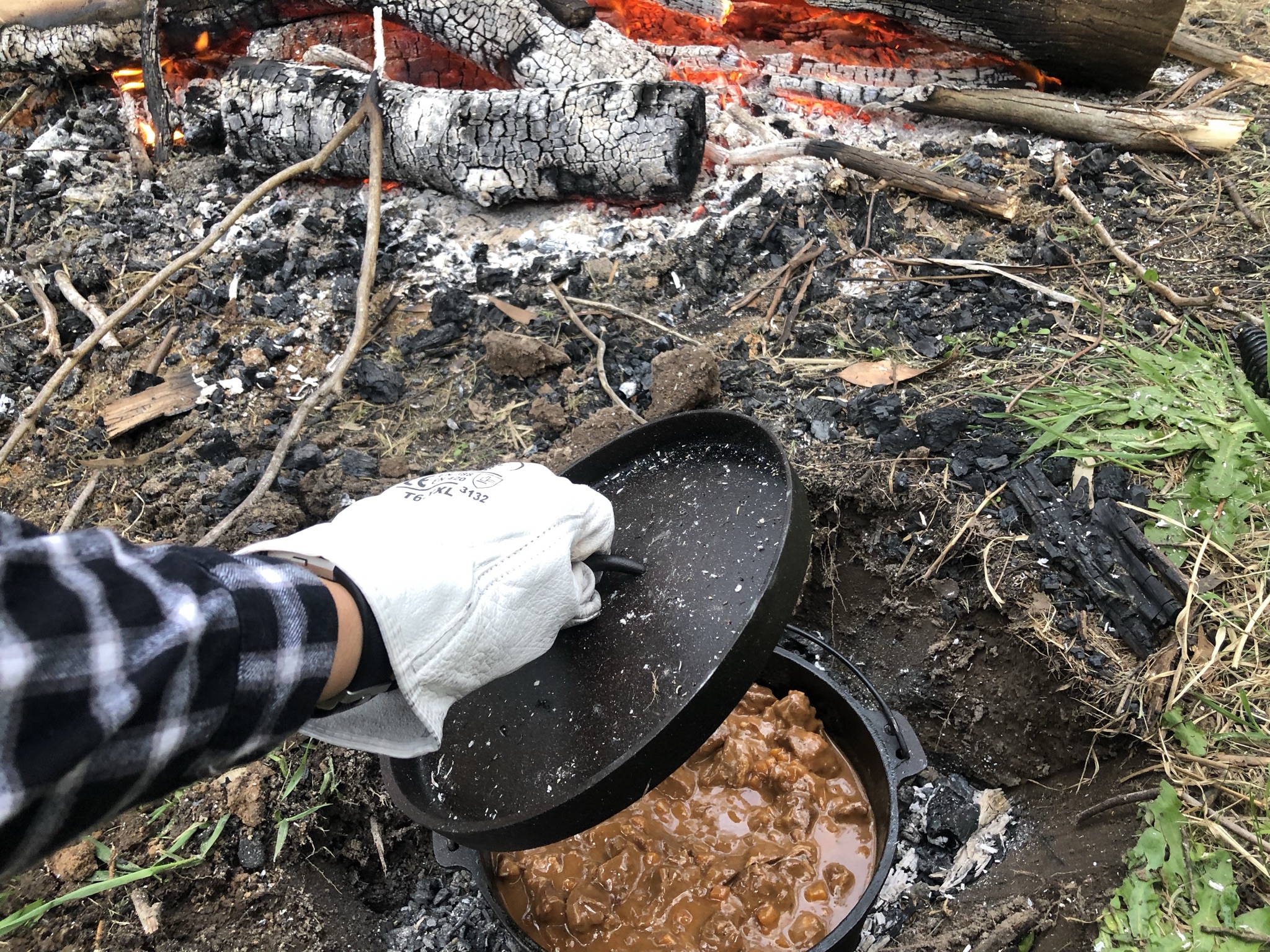 At last, we were ready to make the actual pies. Unfortunately there aren’t many photos of these preparations as thetiming coincided with a) the loss of day light and b) the excitement of capturing some photos of our Super Trooper Shiraz Cabernet with Brett and Anna’stwo troop carriers!

Suffice to say, we warmed up the larger camp oven on a bed of hot coals just like we did above. To prepare the pies, we laid circles of short crust pastry to line some small ceramic ramikins, then filled each with about ½ cup of the hot beef and vegemite stew. The pies were topped with a circle of puff pastry which we pressed down at the edges and then glazed with egg wash for a shiny finish. 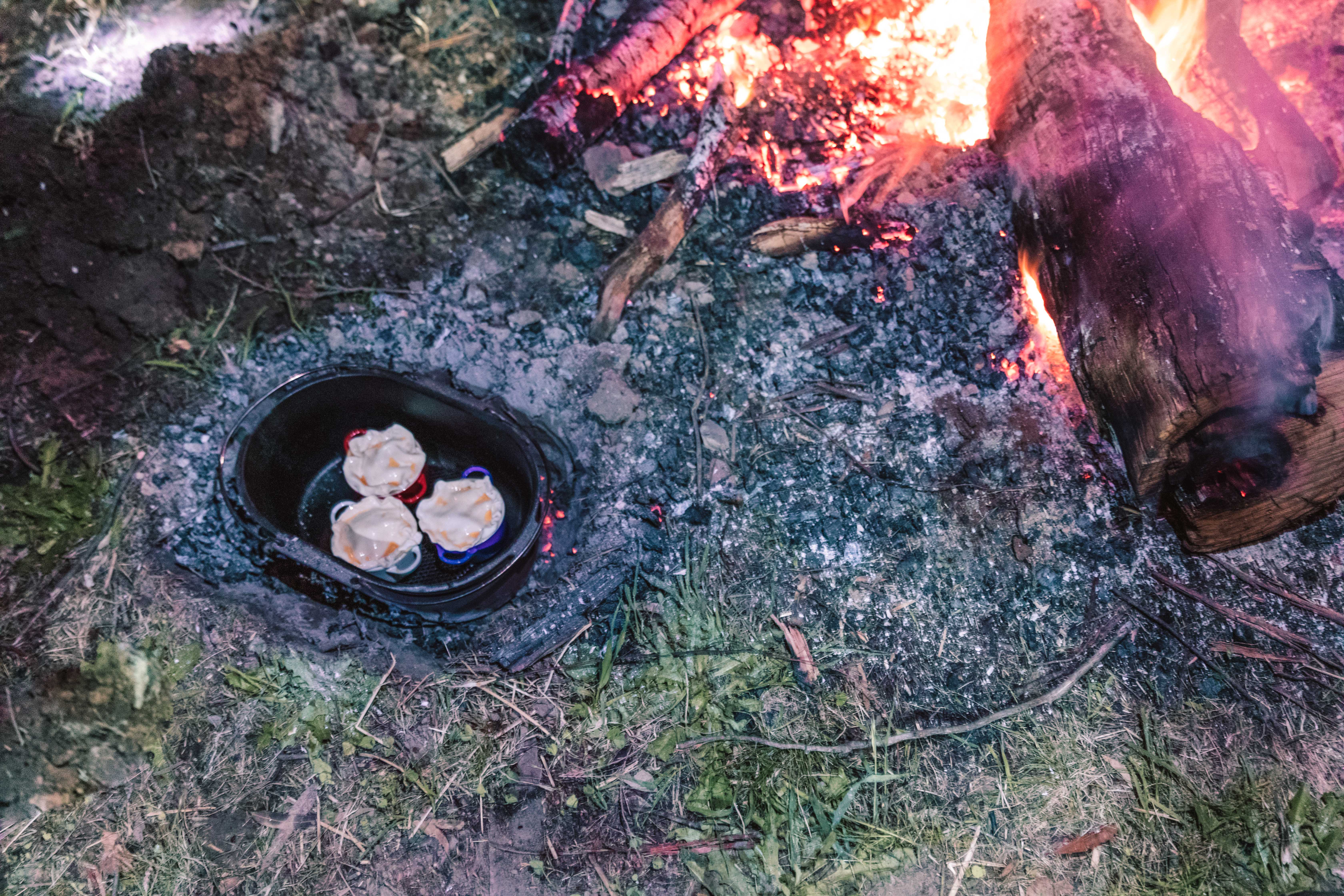 And then came the adventure of baking in a camp oven. Once the camp oven had heated on the coals for about 15 minutes, we were ready to bake. While the camp oven was large, the trivet was small so we could only fit about three pies in at a time as we didn’t want them to burn on the bottom. We put in the pies, closed the lid and placed some coals on top. After about 8 minutes we checked the pies. The pastry on top was not cooking at all so we closed it back up and loaded some more red-hot coals on the top and sides of the oven. A few minutes later – maybe 5 or 6 minutes - we could smell some seriously delicious smells coming from that oven including wafts of buttery pastry and hearty beef!!

Here's how good our pies looked when they came out of that camp oven. 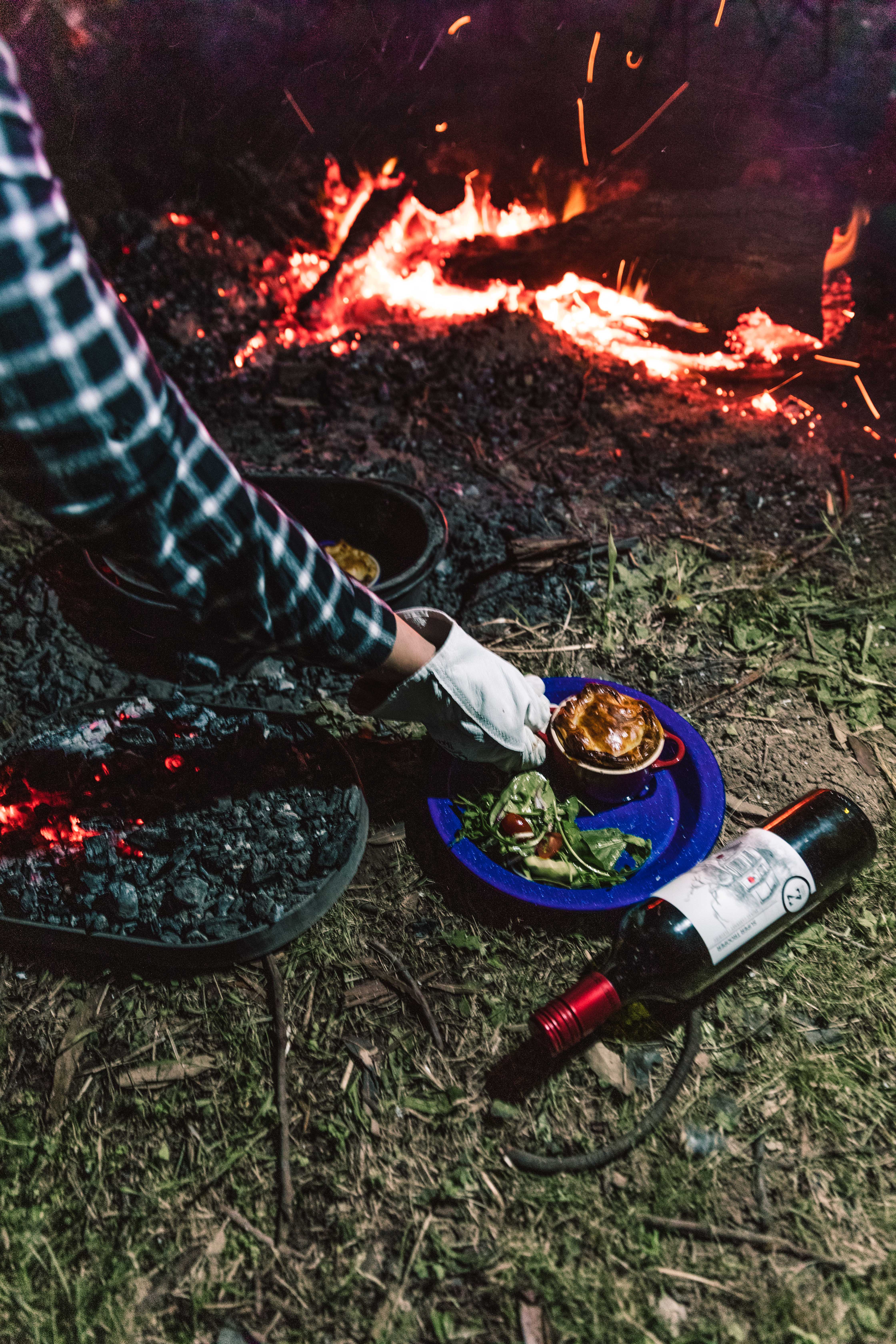 So, there we have it. Three times the recipe, twelve delicious pies, a great feed and a fun night sitting around the camp fire with a couple of bottles of Zonte’s Footstep Super Trooper.